How to organize, share, and discuss videos in groups

YouTube is amazing. It is a big part of the rapid transformations in how we communicate with each other in the modern world.

Imagine if you met someone under 80 who didn’t know what YouTube was!

The problem is that YouTube is so dominant – and free – that people are trying to use it for more than it is designed for. It’s the obvious choice for sharing video privately because you can leave the video Unlisted, accessible by people who have the link. So you can share video privately by sharing a link in your group – on email or Facebook or whatever. [Fun fact: You can do this in Dropbox too, but for Basic (free) plan accounts you can only stream the first 15 minutes of a video.]

But there are serious problems with using YouTube like this.
This article tells you about much better alternatives. 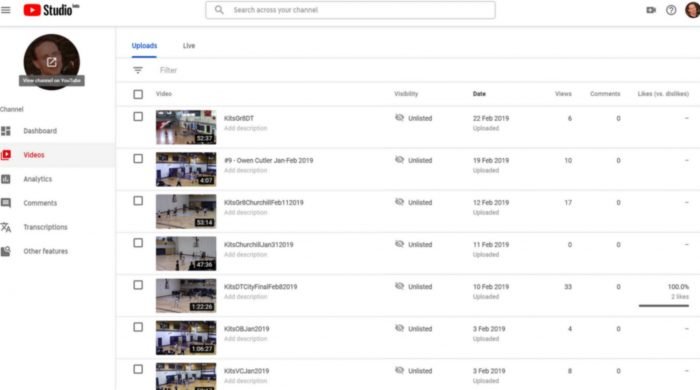 First, it’s not really all that private because if you set it to Unlisted and share the link, and then that link gets shared just a little too far, then those people share the link, you’ve lost control and your only option is to take the video down. Maybe it can be posted again with a new link but then the cycle might start all over again.

Second, it’s cumbersome to keep multiple videos organized for the group. People often resort to another tool to store the links, like Facebook or Google Sheets. One high school basketball team, for instance, had a shared google spreadsheet with the names of the games they had played and a column with the link to the appropriate video. If you have a larger group with sub-groups, like teachers with groups in their classes, this gets really clunky and takes a lot of effort by the organizer. You can use YouTube Playlists, but you’ll have to provide a link to each one if your group wants to have multiple videos in multiple lists.

Third, while there are comments allowed on YouTube videos, they are only general comments, not tied to specific moments in the video. And they just appear in the chronological order they were made, so they’re not great for a group that wants to discuss what was happening and particular times in the video and have a dialogue about that, back and forth, asynchronously.

The solution  to these problems is to use a private video site that lets you import YouTube videos, organize them by putting them in playlists or assigning them to subgroups, and allows commenting and replies tied to specific moments in the video.

Here are some tools to do this (jump down to our recommendation):

but our recommendation is...

Of course, we think WeVu is your best bet for sharing video privately, organizing the videos, and having discussions around them. WeVu is really free. All users get one free site where they can import YouTube and Dropbox videos. That WeVu site can contain multiple playlists and groups. You can invite as many users as you wish – up to 1000 per site. And best of all, when you log into WeVu you’ll see your own site and any other sites that you have been invited to. So you can be a site owner in control of one site but also be a member of other sites.

Check out WeVu
Please share with colleagues who could use WeVu!



How to share your Zoom recordings with a group, privately

This website uses cookies to improve your experience while you navigate through the website. Out of these, the cookies that are categorized as necessary are stored on your browser as they are essential for the working of basic functionalities of the website. We also use third-party cookies that help us analyze and understand how you use this website. These cookies will be stored in your browser only with your consent. You also have the option to opt-out of these cookies. But opting out of some of these cookies may affect your browsing experience.
Necessary Always Enabled

Any cookies that may not be particularly necessary for the website to function and is used specifically to collect user personal data via analytics, ads, other embedded contents are termed as non-necessary cookies. It is mandatory to procure user consent prior to running these cookies on your website.