for Little Leagues, Football and Soccer Clubs, Festivals, and more

Everyone knows you can take payments on your phone. Mobile businesses, especially tradespeople, now use their phones with the Square Point of Sale card and tap readers.

But what about community organizations that are operating in a place with no WiFi and don’t have a phone with a data plan for their organization. Lots of them think they can’t take mobile payments. But they can, for around $10 a month.

That’s the situation that Jericho Little League in Vancouver was facing.  It had operated a little concession for years out of a public park building, with customers paying cash, just like the old days. But JLL thought it was missing out on some revenue to support their programs because people carry cash so much less than they used to. They wanted people to be able to use cards for chips (pun intended) and hotdogs, but they also wanted to sell some bigger-ticket clothing and equipment in the park.

One option would have been to use the data plan from a club official or board member, but then that person would have to be around all the time and it might accidentally use up their data.

So here’s what Jericho Little League did to allow card payments at the park. It took in $8500 in card payments in just a couple of months of the season. That’s lots of hoodies and hot dogs!

Jericho’s All-star teams also used WeVu for slow-mo swing analysis so they could share phone-recorded video among the coaches and players and make comments on the videos. 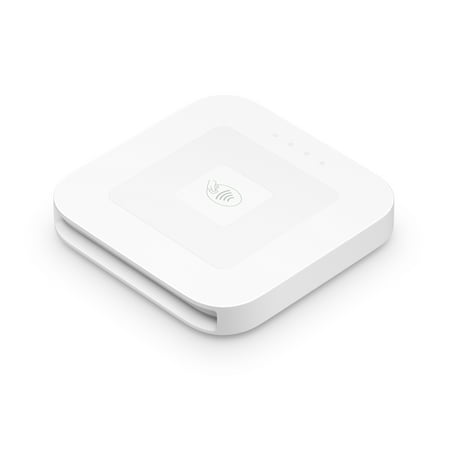 Once you’ve got the setup working, you’ll want to add your items to Square so that your staff and volunteers can easily tap on squares on a grid to choose the items the customer is buying. It’s cool – you can add pictures and sort items into categories like clothing or food. You can do that in the app or on a computer. Again, it’s best to do this at home or in an office using real Wi-Fi so you don’t use up your phone data plan. But Jericho did a little bit on the fly during the season and it didn’t use much data.

Here is a Word doc with instructions you can give to the people who’ll be setting up and making sales. You can edit it a bit to fit your context.

Some organizations use Square for both card and cash transactions so they can track revenue and inventory. You should consider whether you do it for cash as well or just card transactions.

You might want to examine some of the alternatives to Square.

You’ll have to figure out the best setup for charging to keep the equipment secure. It may be that someone has to take them home at night and return them or pass them on to the next people working.

Push this button to get a free WeVu site you can use and share
Please share with colleagues who could use WeVu!



A Video Program for Soccer Clubs

Remote video coaching: so many reasons it’s great for athletes of all ages

This website uses cookies to improve your experience while you navigate through the website. Out of these, the cookies that are categorized as necessary are stored on your browser as they are essential for the working of basic functionalities of the website. We also use third-party cookies that help us analyze and understand how you use this website. These cookies will be stored in your browser only with your consent. You also have the option to opt-out of these cookies. But opting out of some of these cookies may affect your browsing experience.
Necessary Always Enabled
Necessary cookies are absolutely essential for the website to function properly. This category only includes cookies that ensures basic functionalities and security features of the website. These cookies do not store any personal information.
Non-necessary
Any cookies that may not be particularly necessary for the website to function and is used specifically to collect user personal data via analytics, ads, other embedded contents are termed as non-necessary cookies. It is mandatory to procure user consent prior to running these cookies on your website.
SAVE & ACCEPT